A recent Freedom of Information Request has flagged up the importance of running checks on taxi drivers. Between April 2013 and March 2018, Leeds City Council processed over 10,000 checks for people wanting to work as taxi drivers. Almost 16% flagged up past criminal convictions. 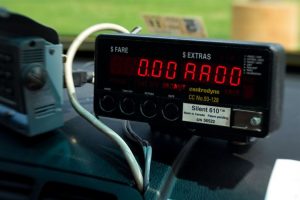 Driving a taxi is a responsible job. Not only do you need to know your way around the city, but you need to keep your passengers safe too. In the UK, it’s the job of local councils around the country to run checks on people working as taxi drivers. This applies whether they’re driving a black cab, or a mini cab. Applicants for s taxi driving licence apply for an enhanced DBS check in England and Wales. There are similar organisations in Scotland and Northern Ireland. An enhanced DBS check offers a high level of detail. It will list all previous convictions and cautions the person has received, even if from the very distant past. Having a criminal record doesn’t bar you from work, but as the survey in Leeds showed, it’s a great way of weeding out the most serious offenders.

What the figures showed

On the face of it, the Leeds figures are worrying. The statistics showed that out of the 10,402 checks which were carried out, 1,656 people were found to have a criminal record. However, let’s not panic. The overwhelming majority of these people have convictions for very minor offences. If someone has been on the right side of the law for decades, is it fair we ban them from being a taxi driver? Of course not.

However, the system of checking all applicants flagged up a smaller number with much more serious offences in their past. Out of the 10,402 applicants for a taxi licence, 43 had sexual offences on their criminal record, and 490 had convictions for violence. Again, the circumstances of these offences are taken into account when deciding whether to grant a licence or not. The licensing authority look at the information on the certificate, speak to the applicant and make the decision based on each set of circumstances.

If you’re a taxi customer, you want to make sure that your life home is safe. There are a few key things to be aware of. You can only flag down  Hackney Cabs, the traditional British “black cab” on the street. You have to book minicabs in advance. Drivers of minicabs, also known as private hire cabs, know they’re not allowed to pick you up on the street so if one offers to take you home, alarm bells should be ringing.

Use your phone to download apps for your local taxi firms, and use them. Legitimate taxi drivers will display their ID badge in the cab. Genuine taxi drivers will be happy to let you see it. If you pre-book a taxi, ask the driver to confirm the name it was booked under. Don’t share cabs with strangers to cut the cost of getting home, and always sit in the back of the cab behind the driver.