It’s no secret that there have been some serious issues in getting a DBS check done in some parts of the UK. We’ve all seen the stories about people unable to start work because their checks are taking so long. The government figures tell their own story. They also show sharp contrasts between different areas in the UK. Looking at the figures over the course of a year though, and it appears that things may finally be starting to improve. 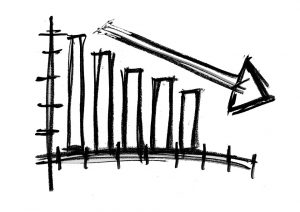 The government does set targets for DBS processing. To be honest though, these targets are so often missed that they are fairly meaningless. Also, some areas of the UK are hitting the target every month whereas other areas have never achieved the target. So comparing performance against target doesn’t tell us much.

What does tell us more is delving a bit deeper into the figures broken down by Police Force area, and it’s here that we’re starting to note an improvement. The areas which were processing checks quickly a year ago are continuing to do so. Even areas which were very slow a year or so ago appear to be pulling the socks up and getting people’s checks through much more quickly.

The Metropolitan Police is one of the UK’s biggest forces, and has historically been the slowest at processing DBS checks. This is mainly down to the sheer volume of applications the force handles. Between August 2016 and July 2017, it was taking the Met a staggering 65.2 days to turn around DBS checks – that’s more than two months. For the year between August 2017 and July 2018 though, the Met slashed that timeframe to 18.9 days on average. It’s still the slowest area at processing checks, but this is a significant improvement. Similar improvements have been seen at other large police areas. North Yorkshire Police has cut processing times from 44.4 days to 17.5 days. Substantial improvements have also been seen in Wiltshire, Derbyshire and Kent.

So this is all good news, right?

Well, yes and no. Although the very slowest areas are doing better, there are other areas which have seen their performance slipping. At the other end of the scale is South Yorkshire, where the processing time has risen from 11.4 days to 16.4 days. It’s a significant change, but is still better overall than North Yorkshire or the Met. Most areas are experiencing very little change in processing times. Although a decline in performance of 32% in Cumbria might sound enormous, times have in fact gone from 6.8 days to 9.1 days, still a lot quicker than in many other areas.

Helping the process along

Of course you’ve got your part to play in getting your checks done quickly too. Take care over the application form and make sure you’ve not missed anything. Be prompt with your documents when you’re asked to prove your identity. Finally, be quick to respond to any emails and calls from the Disclosure and Barring Service to resolve queries on your submitted information.