It’s becoming increasingly common for companies to have random alcohol and drug tests policies in the workplace. There are lots of reasons why they might choose to do this. If you’re running a fleet of HGV lorries, you want to ensure your drivers are sober. Other organisations which use heavy machinery or have people working at height might also want to introduce a random testing policy. Usually, companies have testing to make sure that their staff are safe. They are also trying to safeguard their customers by making sure that nobody under the influence of drink or drugs is advising or serving them. So if your employer has announced that they’re going to be starting tests, what do you need to know?

Random Drug and Alcohol Tests – What Can Employers Legally Do 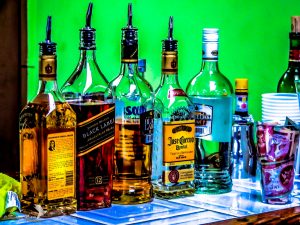 Most of the rules about testing come from Health and Safety legislation. Employers can face prosecution if they let people work while they’re under the influence of alcohol. In some sectors, such as transport, there are even stricter regulations. Some employers decide to have a drug and alcohol policy and don’t go as far as random testing. Others decide that the expense of running random tests is worth it. if your employer wants to run random tests, they have to get your written consent. You consent separately for each type of test. You are within your rights to withhold consent if you want to.

Employers have to develop a method of making sure that the tests are truly random. If there is concern over a particular employee, then employers have the right to run extra tests. There should be a written policy stating why there is a drug testing policy, how it will be implemented and what will be done with the results. Companies also have to make sure that only professional laboratories are used to test samples. There are also a lot of requirements around giving staff privacy when they are having the tests. Results and personal data has to be stored securely too. Most employers use a third party testing company to run their drugs tests correctly and professionally.

Consequences of Failing a Test

A good testing policy will state what happens when an employee tests positive for alcohol or drugs. Usually, a retest of the same sample will be ordered to make sure there was no problem with the testing process. If a second result is positive, then disciplinary action might be required. For people working in transport or other similar industries, failing a drug test is often classed as gross misconduct. It’s important to remember that failing a drugs test at work isn’t a criminal offence. It won’t be reported to the police. A failed test won’t show up if you are asked to apply for a DBS check for a job in the future. If you’re caught with illegal drugs at work that’s a different matter, and might involve the police.