The Disclosure and Barring Service hit the headlines again recently, and not in a good way. After issued with delays in checking and a very overdue IT system, the DBS had to halt submission of documents online. The issue came to light in parliament, after Diane Abbott questioned the minister responsible. So what’s going on?

Redaction Software at the Disclosure and Barring Service 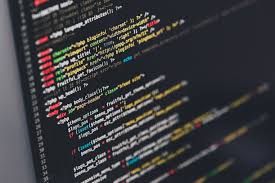 The problems are about the redaction software used by the DBS. The software was used to remove – or redact – some pieces of information from documents sent over the internet. On several occasions, the software didn’t work. When it came to light, the Disclosure and Barring Service reported them to the software developer, Tata. They are working on a fix. However, until the issue is resolved, the only option is to stop using the redaction function. The problems came to light after shadow Home Secretary, Diane Abbot, asked Victoria Atkins about it in parliament. Ms Atkins admitted there had been problems with the DBS computer system. She denied there had been any security issues as a consequence. Another concern is that the software contract with Tata expires later in 2019. Will all the bugs be fixed in time?

What does all of this mean for me?

If you are applying for a DBS check, this all sounds very worrying. Is your sensitive personal data going to be safe? The DBS say it is. Thousands of people living all over the UK apply for a DBS check each year. In most cases, the system runs perfectly. Redaction is only used for sensitive information on DBS forms, mostly concerning criminal records. Under data protection laws, the DBS has to be very careful about how your data is stored and used. If software problems have been raised in parliament and reported in the press, the pressure is on. Engineers are working to fix the current issues. If they’re not quick enough or other problems are reported, this will also be reported. So keep your eyes on the press for any further announcements.

Whatever level of DBS check you apply for, you will be asked to submit some sensitive or personal information. The application form has boxes for name, address, date of birth and so on. It also asks you to declare any criminal convictions at this point. The next stage is about proving your identity. You will be asked to show originals of documents such as passport, birth certificate and utility bills. Your employer might take a copy, but the originals will be returned to you.

Employers are also legally required to keep all this sort of sensitive data safely. This usually means locked away, or password protected if it’s stored digitally. When your disclosure certificate is produced, it’s sent directly to you and not to your employer.

The Disclosure and Barring Service is a government body. It is not affiliated to any particular department. This allows it to run independently. Separate organisations d the same job in Northern Ireland and Scotland.