Businesses are increasingly waking up to the fact that recruiting the right members of staff is just part of the battle. Equally important is ongoing monitoring of staff, and ensuring that they are performing properly. Many companies choose to have a workplace random drug testing programme. But what does the law say they are allowed to do, and what do you need to know? 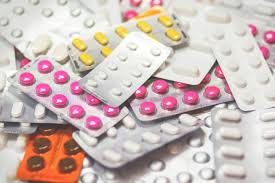 Most businesses with a drug testing programme are in so-called safety critical industries. These are businesses where employees need to be on top of their game at all times. This includes people who work in aviation, bus drivers, train staff, or people working for the police, Army or operating heavy machinery. If people carry out these roles under the influence, there’s the potential for serious accidents. Other companies might also wish to introduce random drug testing, but often struggle to justify this policy to their staff. Unions in particular will fight the move outside the safety critical environment. Whatever the operation, employers usually have to demonstrate some sort of risk to other employees or customers from an intoxicated or drugged employee.

Although you might be able to get into all sorts of arguments about whether a role is safety critical or not, the law is crystal clear on one point. Employers need your consent for random testing. Consent must be given in writing. You also need to consent separately for drug testing and alcohol testing. Employers have to write the drug testing process into employment contracts for new employees. If you are currently employed and refuse to consent, in most cases you can’t be sacked. If you’re feeling pressure, take advice from Citizens’ Advice or a union.

Random drug testing should be just that – random. Employers shouldn’t pick and choose which employees to test on any other criteria. If you’ve signed to say you consent to random drug testing then you can’t refuse at a later date. If your test comes back positive, then in most cases employees will be suspended straight away.

Failing a drug test at work is a bit of a murky area. Being drunk, or even being under the influence of drugs isn’t a crime in itself. Failing a workplace drug or alcohol test therefore will never appear on a DBS certificate, even at the most detailed enhanced level.  You might have some explaining to do when it comes to applying for a new job though. Your former employer has every right to disclose that you were in the past dismissed for gross misconduct.

However, a failed drugs test might prompt a locker search. If you are found with drugs then your employer has every right to contact the police. If you’re charged with possession, or another drugs related offence, then this will be reflected on your criminal record. When you apply for a DBS certificate in the future, it may well be listed on the paperwork.